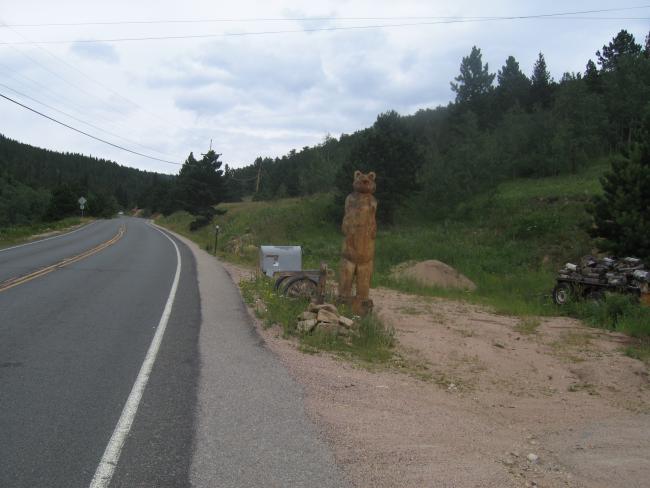 A bear and misc stuff in this home's front yard.  At the top of Lefthand Canyon Rd is the community of Ward.  At one time a prosperous mining town, it had fallen on hard times becoming almost a ghost town until hippies found it.  To avoid drug enforcement, they incorporated Ward and attempted to keep others out.  The road on each end of town is partially blocked by abandoned vehicles.  One end of town has a do not enter sign.  At one time cyclists were discouraged from riding through.  Now a general store is under new management.  He has a five gallon water jug with a sign saying water is free for a contribution.  Somehow I didn't get pictures of downtown Ward.  I'll have to make another trip.